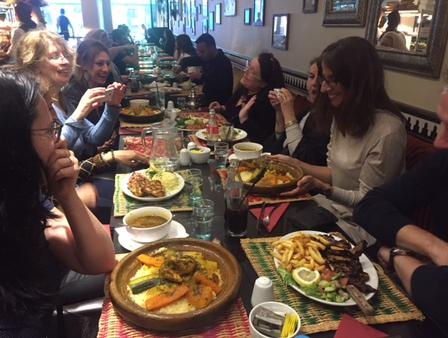 IFREP gave a valuable contribution to the meeting by delivering an interactive exercise on transactional analyses, this way supporting the partners with further ideas on implementing the method in adult learning practices with migrants.

IMPEFE supported the discussions, also updating the partners on the details of the next

The coordinator also presented a detailed grid with the further project tasks, both short-term and long-term aims and objectives.

TALKING: Transactional Analysis Learning for Keeling over the Intercultural Gap

The meeting was held in the city of Liverpool, the UK.

Hosted and organised by the English partner in the project, the MBM Training & Development Center, the meeting involved representatives of the other project partners: Ric Novo Mesto of Slovenia, IMPEFE of Ciudad Real in Spain, IFREP-93 and Consorzio Ro.Ma. of Rome in Italy. The EELI partners of Rethymno in Greece, attended the working sessions via Skype.

Consortio Ro.Ma evaluated the current progress on the project, presenting a SWOT analyses and highlighting the potentials for eventual difficulties. A moderated discussion with all project partners followed.

RIC Novo Mesto, supported by the rest of the partners facilitated a session on updating partners on the project progress and the work carried out so far. The results of the both needs assessment researches, held via questionnaire on the eTALKING needs and via focus groups for the training content were presented at the meeting.

MBM TDC updated the partners on the project webpage, which was then discussed in detail, concerning both the design and content. The Virtual Learning Platform of TALKING, called eTALKING, was presented by the MBM TD Center, providing partners with access and opportunity to already trial TA courses on the ePlatform of the project.​ 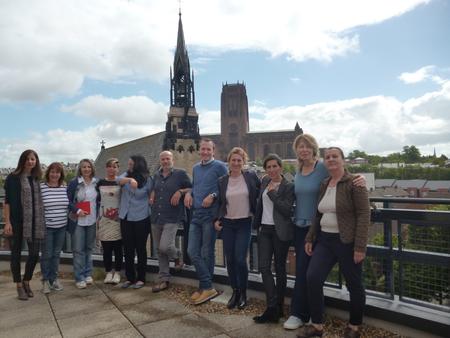 Program of the Meeting

KEELING OVER THE INTERCULTURAL GAP 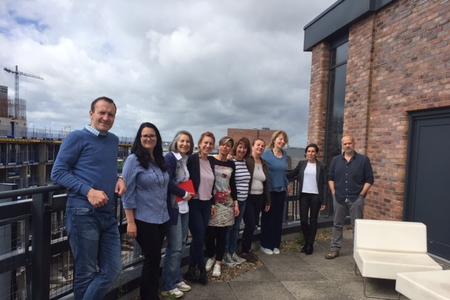